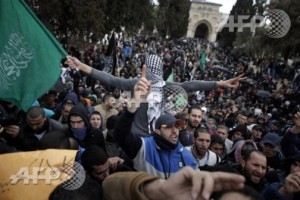 The Headlines Should Read
Muslims Protest to Condemn Terrorist’s Attacks In The Name of Islam!

It is beyond comprehension how the followers of Islam estimated to be 1.2 to 1.6 billion people can be relatively silent when it comes to terrorist attacks on the free world.
Where is the condemnation from the so called moderate Muslims when their clerics have issued a fatwa (death order) to individuals for any perceived disrespect, or for publishing satirical commentary in word or drawings on many occasions, which are in no way deserving of death or any other form of violence?
Where is your condemnation when Jihadi extremists have ordered and called for attacks on civilians all over the free world that we have all witnessed recently?

What about the majority of the so-called moderate Muslims?
With all the attacks in many countries including the most recent attacks in Canada, Australia and France, I have to wonder where these people are.

According to the news reports and the many filmed protests occurring around the Muslim world, there seems to be no shortage of Muslims protesting in outrage over the recent publication from the French magazine Charlie Hebdo.

In the Mideast, Asia, Africa violence has escalated, innocent people have been killed and the number of deaths continue to climb, churches have been burnt down, and Christians have been attacked in their shops with Molotov cocktails and beaten with clubs on the street.

Given this most recent response from the Muslim world over some satirical drawings, (in no way could ever justify these acts of violence) I have to ask, where are your protests Mr. and Mrs. Moderate Muslim when 17 innocent people were brutally killed in France?
Where were you when attacks in Canada, Australia, Britain and many other places around the world were perpetrated in the name of Islam?
Where are your tweets and other social media posts condemning all these actions of your Muslim brothers?
By the way the beheading’s and other threats against the free world.seem to make it on twitter and you tube quit frequently!

Remember Hitler and the Nazi’s – The Silent Majority Allowed The Extreme and Evil Minority To Gain Their Power!

Approx. 17 million Shiite Muslims joined together in a pilgrimage to the Iraqi shrine city of Karbala defying the threat of attack from ISIL, to visit the shrine of Imam Hussein who was killed and beheaded in 680 AD by the armies of the caliph Yazid.
Note: Sunni Muslims (ISIL) considers Shiite Muslims heretics.

When I read about this pilgrimage of millions of Muslims coming together for a common cause I was amazed at such a gathering and at the same time bewildered.
Why? You may ask:
Think about this for a minute – The region is in a state of war with ISIL, religious minorities and other Muslim sects are facing the most heinous atrocities imaginable by death and torture, women and children being enslaved and brutally raped.

Let’s break this down a bit – 17 Million pilgrims come together
4 million are from foreign countries who came to join the pilgrimage
Let’s say 5 to 7 million are women and children, although from pictures I’ve seen the men far outnumber the women and children.
That leaves 6 to 9 million Muslim men, what’s wrong with this picture.

They should all be joining the fight against ISIL and wiping them off the face of the earth. (Join Iraqi military or militia)
They should be taking back their religion from radical Islam.
They could and should be doing more to help their own people and country.
With these kinds of numbers coming together for a pilgrimage, Why can’t they come together to save themselves from tyranny and desolation? Why do the coalition forces members have to sacrifice life and limb as well leaving family and loved ones back home while the millions of Muslim pilgrims visit a shrine and do very little given their numbers to help themselves?
Just Saying!

Ever wonder why family are the hardest people to have a religious conversation with. I don’t mean by preaching to them that will never work. What I am talking about is to be able to have an open and honest discussion and to listen to each other’s point of view, followed by a polite and respectful debate if there are opposing views. A debate does not have to take on an aggressive stance as a matter of fact it shouldn’t. Having a respectful discussion can be a great learning experience for all involved and may even garner a greater respect for each other as well as having a little fun at the same time.

Note: You no longer have to be a registered WordPress user or need to log in to comment.

Discussions also available on http://www.catholictruth.ca/disqusforum.html you may also follow this site.

We all know of the terrorist’s attacks that have taken place over the last 25 years or so in the name of Islam
We all know of the death and destruction and the crimes against humanity committed by these extremists
We Cry, we Hope and Pray for a peaceful world free of war and tyranny

But Not All
The silent majority has given strength to the radical minority.
To those who belong to the religion of Islam, where are your voices that speak out against the radicalization of your religion and the evil that exists in this form of Islam?

To the countries that are governed by Islamic ideology but claim to be peaceful people, where is your unified voice condemning the radicalization of your religion?
Where is your alliance to confront this evil collectively?

Yes some of you do denounce these atrocities but the few voices, in contrast to a billion plus Muslims are voices silenced. We’ve seen this before, the silence of the majority allowed the evil of the minority to flourish in NAZI GERMANY.

You are a billion strong you can fight the minority radicals and reclaim Islam as the peaceful loving religion you claim it to be.

We have tried to help you. Many thousands of young men and women gave their lives for your freedom and ours.
Your future and freedom is in your hands, what will you do?

Stay silent and continue to lose our understanding and trust
Speak out and fight to gain our respect and support.

Welcome to my Catholic Truth blog.
My hope is that this site can help answer some of the many misconceptions and/or questions regarding catholic doctrine.
Submit a post and lets start having some civil and respectful conversations

Writings of The Church Fathers